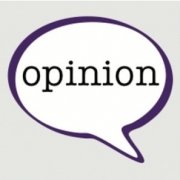 Loss Reserves are generally the largest liability listed on an insurance company’s balance sheet. Loss Reserves are amounts set aside to pay for all claims that have already occurred, whether reported or not, that the company is obligated to pay in the future.  In the past, a high percentage of property/casualty insurance company insolvencies have been due to the inadequacy of these reserves.  For that reason and others, each state now requires that there be an attestation, i.e. opinion, by a qualified professional, as to the reasonableness of these reserves.

Formally called the “Statement of Actuarial Opinion,” (SAO), it is commonly referred to as “the opinion.”

“Is it a clean opinion?”

One of the first things asked of the opining actuary is whether or not it is a “clean” opinion.  “Clean” is the conversational term for an “unqualified” opinion.  The answer appears in a section labeled “Opinion” about a fourth of the way through the document.  A clean opinion states that the loss reserves:

The first two items are rarely an issue: it is the third point that is usually the reason for the question.  If the booked loss and loss expense reserves equal the actuary’s reserve estimate or fall within a certain range of that estimate, the actuary can say that the booked reserves make a reasonable provision for the reserve liability and can issue a “clean” opinion.

The alternatives to a “clean” opinion are generally not good:

A qualified opinion – This happens when, in the actuary’s opinion, the reserves for a certain item or items are in question because they cannot be reasonably estimated, or the actuary is unable to render an opinion on those items.  Note:  if there is some sort of loss for which the actuary has no means of determining the ultimate value, but the perceived value is not material, the opinion can still be a “clean” one.

A Redundant or Excessive Provision.  These are very rare.  When the carried reserve amount is greater than the maximum amount that the actuary believes is reasonable, the actuary issues a redundant opinion.

A No Opinion is another rare rendering.  The actuary’s ability to give an opinion is dependent upon data, analyses, assumptions, and related information that are sufficient to support a conclusion. If the actuary cannot reach a conclusion due to deficiencies or limitations in the data, analyses, assumptions, or related information, then the actuary may issue a statement of no opinion. A statement of no opinion should include a description of the reasons why no opinion could be given.

Some selected sections of the SAO are also of importance.

If the actuary indicates there is one or more items that are a potential source of risk of material deviation, it might or might not be a cause for concern by the reader.

The absence of a risk of material adverse deviation does not imply that additional factors will not be identified in the future as having a significant influence on the company’s reserves; it is a statement concerning a point in time.

While the interest in Asbestos Exposures and Environmental Exposures has waned in recent years, they still can represent a significant exposure to the company.  They are addressed in the section bearing that as a title.

Most companies do not write policies with durations over thirteen months, but the section titled Disclosure of Unearned Premium Reserves for Long Duration Contracts will provide information to that effect.

The Reinsurance Collectability section provides information about the likelihood of the company’s ability to collect on its reinsurance.  While the actuary’s comments do not imply an opinion as to the financial stability of any of the reinsurers, it should include information from management regarding any collectability problems the company has encountered with its reinsurers.  The actuary usually uses publicly available information as well as the reinsurers’ ratings, provided by a rating agency, as a reason for whatever conclusion he/she reaches on this topic.

The section on “NAIC IRIS Tests” requires a little explaining.  The National Association of Insurance Commissioners (NAIC) has a series of mathematical formulae that are applied to various Annual Statement entries.  Of the thirteen formulae, the last three, tests 11, 12 and 13, concern the booked loss and loss expense reserves.  The actuary is required to look at these tests and comment on any that fall outside the range of acceptance: i.e. they “fail” the test.

If the company fails any of these tests, the actuary will provide a narrative as to whether or not their failure is important. You can get more detailed information at http://www.naic.org/prod_serv/UIR-ZB-16_UIR_2016.pdf.

The final pages are the signature page and some exhibits providing selected values.

Want to join the discussion?
Feel free to contribute!

This site uses Akismet to reduce spam. Learn how your comment data is processed.

Explaining IBNR to the Board

Getting Budget for ERM
Scroll to top

This site uses cookies. By continuing to browse the site, you are agreeing to our use of cookies.

We may request cookies to be set on your device. We use cookies to let us know when you visit our websites, how you interact with us, to enrich your user experience, and to customize your relationship with our website.

Click on the different category headings to find out more. You can also change some of your preferences. Note that blocking some types of cookies may impact your experience on our websites and the services we are able to offer.

These cookies are strictly necessary to provide you with services available through our website and to use some of its features.

Because these cookies are strictly necessary to deliver the website, you cannot refuse them without impacting how our site functions. You can block or delete them by changing your browser settings and force blocking all cookies on this website.

These cookies collect information that is used either in aggregate form to help us understand how our website is being used or how effective our marketing campaigns are, or to help us customize our website and application for you in order to enhance your experience.

If you do not want that we track your visist to our site you can disable tracking in your browser here:

We also use different external services like Google Webfonts, Google Maps and external Video providers. Since these providers may collect personal data like your IP address we allow you to block them here. Please be aware that this might heavily reduce the functionality and appearance of our site. Changes will take effect once you reload the page.