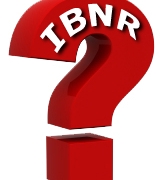 “What is IBNR” is likely the most asked question of actuaries at a Board of Directors meeting. Huggins’ actuaries often are asked the question, so we decided to put together this short, printable explanation. Even if you already understand IBNR, this short narrative might enable you to save some time. Feel free to share it with others, including your Board of Directors.

Because an ultimate value of the claim and claim expenses liabilities cannot be precisely determined in advance, the provisions for them at any balance sheet date is usually estimated or tested using actuarial and statistical techniques.

Usually, most of the claims reserve is in the form of claims adjuster estimates.  The total of all the claim adjusters’ reserves is referred to as the case reserve.  But as of the accounting date, not all the information regarding all the claims has been presented to the claim adjusters.  There needs to be an estimate of the value of the cost of the “unknown” information on claims being adjusted.  Some call it “Incurred But Not Enough (information) Reported, or IBNER, to represent the cost of additional unknown information on known claims.

For known outstanding claims, the IBNER can be calculated as the difference between the current case reserve and the estimate amount ultimately needed to settle the reported claims (provision for future development on known claims), including payments post closure for reopened claims.

As of an accounting date, not all the claims have been presented to the insurance company.  These “unknown” claims are still costs as of the accounting date, and need to be reflected.  Some sources call this “Incurred But Not Yet Reported” claim costs, or IBNYR.  For unreported claims, the IBNYR is sometimes separately calculated.

Often, the IBNER and IBNYR amounts are calculated together, and are referred to combined as IBNR, which stands for “Incurred But Not Reported,” and refers to estimates of the both IBNER and IBNYR.

As a group of claims age, more claims are settled and paid, more information becomes known, and more previously unreported claims are reported; thus, the need for IBNR diminishes.  Therefore, the amount of IBNR for a given accident year generally decreases over time. The declines for all prior years are often more than compensated for by the IBNR needed for the new accident period, and thus overall IBNR increases.

Want to join the discussion?
Feel free to contribute!

This site uses Akismet to reduce spam. Learn how your comment data is processed.

This site uses cookies. By continuing to browse the site, you are agreeing to our use of cookies.

We may request cookies to be set on your device. We use cookies to let us know when you visit our websites, how you interact with us, to enrich your user experience, and to customize your relationship with our website.

Click on the different category headings to find out more. You can also change some of your preferences. Note that blocking some types of cookies may impact your experience on our websites and the services we are able to offer.

These cookies are strictly necessary to provide you with services available through our website and to use some of its features.

Because these cookies are strictly necessary to deliver the website, you cannot refuse them without impacting how our site functions. You can block or delete them by changing your browser settings and force blocking all cookies on this website.

These cookies collect information that is used either in aggregate form to help us understand how our website is being used or how effective our marketing campaigns are, or to help us customize our website and application for you in order to enhance your experience.

If you do not want that we track your visist to our site you can disable tracking in your browser here:

We also use different external services like Google Webfonts, Google Maps and external Video providers. Since these providers may collect personal data like your IP address we allow you to block them here. Please be aware that this might heavily reduce the functionality and appearance of our site. Changes will take effect once you reload the page.